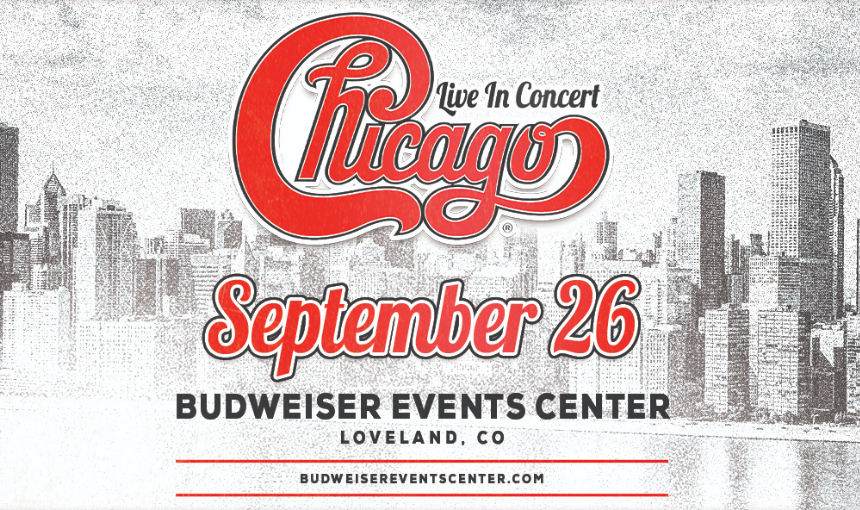 Grammy Award Winning band, Chicago, are set to take over the Budweiser Events Center at The Ranch in Loveland, CO on September 26 with one night of incredible music. They have been revered as one of the most important bands in music since the dawn of the rock and roll er

From the signature sound of the Chicago horns, their iconic vocalists and dozens of ever-classic songs, this band’s concerts are celebrations. 2019 marks the band’s 52nd consecutive year of touring, without missing a single concert date.

Tickets for Chicago go on sale Friday, May 10 at 10 a.m. MST and will be available for purchase online at BudweiserEventsCenter.com, by phone at 877-544-TIXX or in-person at the Orthopaedic & Spine Center of the Rockies (OCR) Box Office at the Budweiser Events Center.